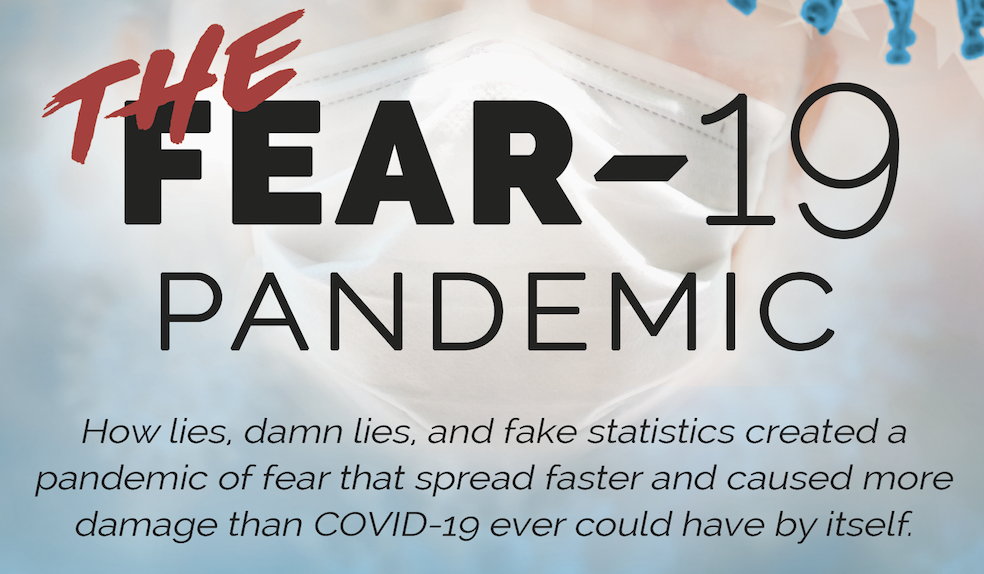 If you read my book, The FEAR-19 Pandemic, then you already know what I mean.  But I will do a quick review for everyone else.   The number of “cases” is just the number of people who have tested positive and that number is generally a small percentage of the total infections.  For example, here is a chart referencing antibody studies from all over the world.  This chart shows the percentage of COVID infections in that area that were never “cases” of COVID. 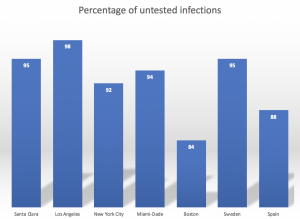 This information is why the “record” number of cases stat used by the media is just fear-mongering.  It is a useless stat without context.  If 90% of infections were going unconfirmed, all you have to do to increase the number of cases is to test more, which is precisely what is happening.

Let me show you a chart from coronavirusbellcurve.com. 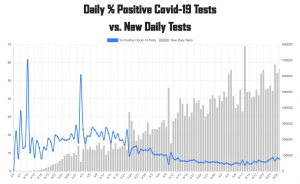 We are not having a record number of infections.  However, there is most likely an increase in infections at this point.  The best chart I have seen is from the same website, coronavirusbellcurve.com.  This chart incorporates the rise in testing to adjust the numbers more accurately. 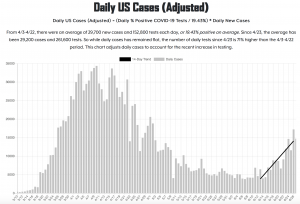 When adjusting for increased testing, you can still see an increase in infections, just not a record pace.  The “record” number of cases is entirely fake news using artificially inflated stats.

However, there is one more critical point.  The formula used for this chart incorporates the increase in testing that took place back on April 23rd, and the amount of testing has increased even more.  In the last nine days, there has been an average of 586,000 tests a day, which is yet another significant increase.  They may need to make a new adjustment to their formula to ensure that the data is accurate.

Now, I will give you one more chart, which is the most important.  This chart shows why they may need to adjust their formula.  The number of daily deaths was following the trajectory of the adjusted case numbers until about a week ago, right when we again increased the amount of testing.  Once again from coronavirusbellcurve.com, it is a great site if you want to look at numbers and charts. 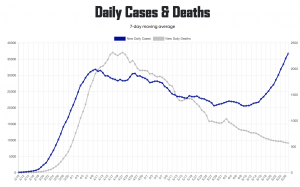